Summary of lecture presented at AERC conference on November 23, 2016

Dr. Farrukh Iqbal delivered the Sir Syed Ahmed Khan Lecture at the AERC Conference "Transforming Economic Development: Policies and Strategies" on November 23, 2016. His lecture was entitled "Human Development in the Middle East Region: Past and Future."

In the first part of his lecture, Dr. Iqbal presented data on the comparative performance of different developing country regions in the areas of child mortality and schooling attainment. He showed that the Middle East region had performed the best among all regions over the past four decades from 1970 to 2010. He said that such stellar performance completely belied the public image of the region as being mired in conflict and conservatism with poor outcomes in health and education. He asked why the public image was at such variance with the empirical record.

In the second part of his lecture, Dr. Iqbal explained that the poor public image was largely a consequence of focusing on levels of child mortality and schooling attainment. In terms of levels, the region was still behind some other developing country regions, such as East Asia and Latin America. However, this was not an appropriate way to judge human development performance. Rather, the correct approach was to focus on changes over time rather than on levels at a given point in time. He provided the results of some simple statistical analyses to show that, when assessed in terms of changes over time, the health and education performance of most countries in the Middle East region exceeded that which could be expected on the basis of their respective income per capita levels. Unfortunately, popular media as well as academic researchers had placed undue emphasis on levels and had generated an adverse image for the region that fit preconceived notions of the link between culture and development outcomes.

In the third part of his lecture, Dr. Iqbal presented econometric results to show that the Middle East region's good performance was due in part to high levels of public spending on education and health and low levels of undernourishment among its population when compared to other developing country regions. As an example, he noted that the Middle East region had spent thirty times more per person on average in education than South Asia. He also noted that the average level of undernourishment was three times lower in the Middle East than in South Asia.

In the final part of his lecture, Dr. Iqbal highlighted the fact that the good performance of the region with regard to education applied only to quantity and not to quality. He provided evidence to show that the region performed poorly in international comparisons of education quality. Similarly, while the region had been successful in lowering child mortality rates substantially, it now faced new health issues arising from lifestyle diseases such as diabetes and hypertension. He concluded by saying that the health and education challenges that now confront the region are very different from those it had faced in the past. For future human development in the region, the past should not be thought of as prologue. 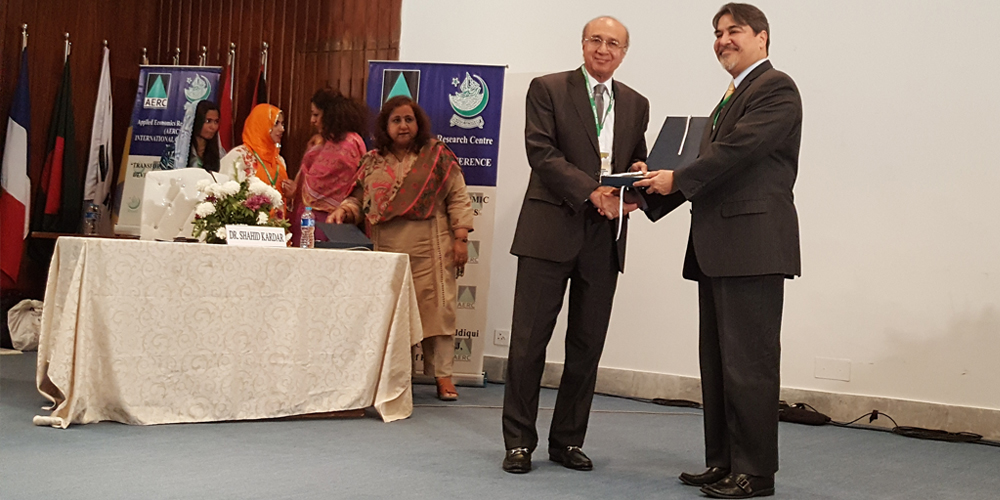